The final shore match in the 2013 calendar was fished on Saturday 14th December with the venue of Arbroath - 4 members fished the match and thankfully all 4 managed to catch a few fish! Nico & Jamie opting to fish Ballies area with John & Shane, fishing at Vicki Park area. Fishing times were 4pm till 11pm, fishing 2 hours of the outgoing tide and 5 hours of the flood.

I started off on the shore at Ballies with my first cast producing my first fish, nice plump cod of 7lb 6oz, Nico after a couple of moves around managed to also pick up a nice fish of around the 6lb mark. The sea was spot on with a nice rolling sea and good colouring to the water.

The match results are as follows...

The last match of the year saw the club head north to Loch Etive. This was to be a match with a difference as it was to include a charter boat with ten anglers on board. The total number of anglers on the day was twenty two, including two juniors. There was also five small boats attending.

The weather on the day could not have been better with very light winds and fairly mild temperatures.
With all boats heading down the loch it was lines down and start fishing from 0900 until 1500.

The championship was a three horse race with Darren, Steven and Jason still in contention to lift the crown. The format for the day was simple with the person with the single longest fish winning.

As the day progressed the reports coming in from everyone were fairly encouraging with plenty of fish being caught including some decent Spurs and Thornies.

The eventual winner was Jason with a  Spurdog of 104 cm well done to him.
Who now takes the boat championships.

And of course Malky doing what he does best... 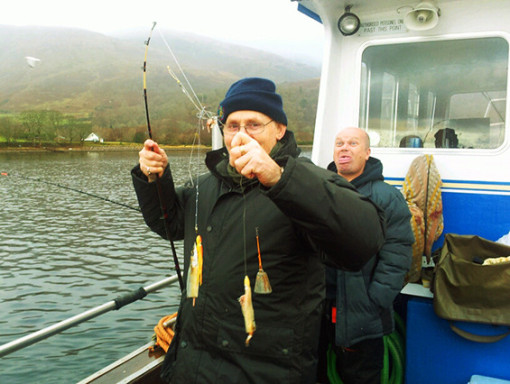 The 8th match in the club Shore Calendar was fished at Stairhaven on Saturday 5th October. 10 members fished with the match starting at 7pm and finishing at 1am.

The conditions weren't ideal for the venue with a slight onshore wind and a small wash on the beach but fortunately it stayed dry!

The best of the fishing seemed to be on the first couple of hours of the flood with Stephen managing a couple of fish pretty much straight away and myself a decent fish. The fish seemed to be at distance which meant wading a fair bit out then casting.

Most of us managed to catch fish thankfully.

The results are as follows ..

The 4th Summer League match for the club was fished at Turnberry, upon arrival it was dull and overcast with rain showers - the sea had a slight chop so we were hopeful of a few fish. The start of the match saw the sea go pretty much flat and the sun came out! ... typical!

9 club members and 1 guest fished the match - with not a great deal of activity for the first hour or so - as the light faded one or two fish started to show with Sandy Wason managing a double shot of flounders next to me. Weed was once again a hinderance but eventually seemed to lighten up a little as the match progressed.

The results are as follows...

The 6th Match in the club Calendar was fished on the rather wind swept shoreline of Monreith. 10 members fished with 9 of which managing to land fish. The weed was a major factor on the day making it somewhat impossible to fish 2 rods as the weed would lie on your line dragging it back into shore. Our only option was to cast short and keep the rod held high above the shoulders to give the fish a chance to find your bait!

With the weather being very interchangeable, going from dry spells, to rain showers, we stuck it out. The fish were there for most of us pretty much most of the day. I myself lost a few fish including a cracking fish which I dropped less than 15 yards from me.

The match results are as follows...

Longest fish was Jamie with a fish of 54cm's

The 3rd match in the Club Summer League was fished at Bracken Bay, Ayr. 10 members fished. Fishing conditions were decent with a few fish being caught by most members.

The Results are as follows...

The match was fished with 9 senior members and 1 Junior. 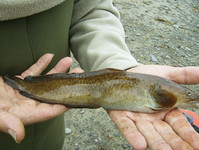 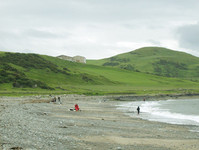 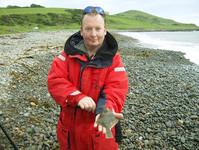 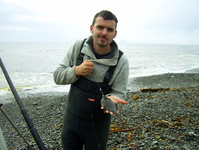